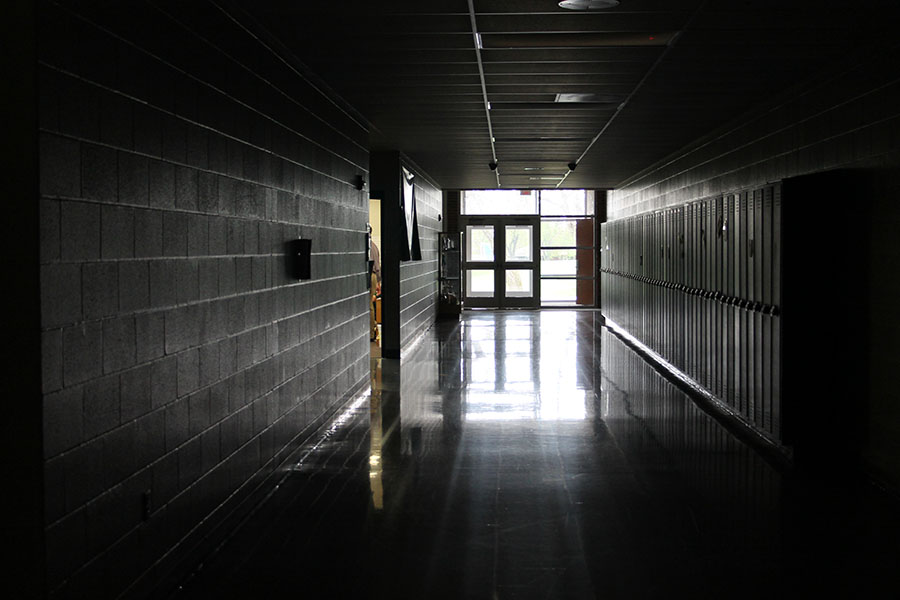 We got to school at 7:30 a.m. and . . . Wait? Where are the lights? Hallways were dark, some classrooms had no light, the flickering lights only illuminated some and others had full power.

“We had 11 classrooms without lights or flickering lights,” said Assistant Principal Mark Rorvig. “We had to displace a lot of kids and trying to do that every hour you would have to stick them in the gyms, PAC and the cafeteria. It made the school day a challenge.”

From 7:30 to 9:46, we sat in our first hour doing absolutely nothing. Students went to well lit classrooms, and we all just sat and waited.

Most students were excited about the thought that if the cafeteria did not have power they could not feed us and boom! We are out! The disappointing news traveled the school fast: The cafeteria had full power.

So, we all moved to our fourth hours and waited some more.

Teachers knew nothing and some students were talking about the vicious rumor that we were getting out early. But were we really? No one was telling us anything.

“A transformer was struck by lightning at 4:46 a.m. on the back side of the building,” said officer Doug Rose. “It caught fire, then the fire department put the fire out and they are trying to replace it. It’s just not going to plan.”

So not only were we sitting in the dark, we were also in the dark about what was going on. It was extremely annoying.

The major question arouses: Why are they keeping us here? Every student was complaining about how they were doing nothing. And when I say nothing, I mean absolutely nothing.

“Normally, we have to determine if it is an internal issue that is a part of our system or if it is an outer issue that has to deal with the city,” said Rorvig. “When we have a situation like this, it is going to take a second to figure it out. The electrical people looked at it and we thought it would get it running. Then, we looked at it then we determined it was time to let students go. When we initially looked at it, we thought if these two things worked it would be back by first hour and then when that didn’t, it became realistic that it is not conducive to the educational environment.”

At 11:45, the news was official. We were getting out early! Woo-hoo! Ultimately, the decision was made that if the students could not learn there was no point in being at school.